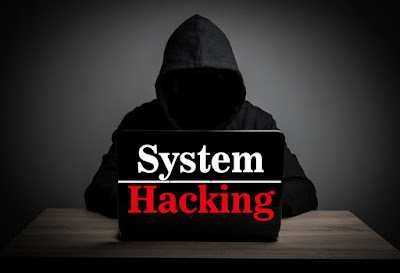 This blog based on two major concepts:

The simplest way to crack the passwords

The first step is to access the system is that you should know how to crack the password of the target system. Passwords are the key element of information require to access the system, and users also selects passwords that are easy to guess such as mostly people has a passwords of their pet's name or room number etc to help them remember it. Because of this human factor, most password guessing is successful if some information is known about the target. Information gathering and reconnaissance can help give away information that will help a hacker guess a user's password.

Once a password is guessed or cracked, it can be the launching point for escalating privileges, executing applications, hiding files, and covering tracks. If guessing a password fails, then passwords may be cracked manually or with automated tools such as a dictionary or brute-force method.

A strong password is less susceptible to attack by a hacker. The following rules, proposed by the EC-Council, should be applied when you're creating a password, to protect it against attacks:
A hacker may use different types of attacks in order to identify a password and gain further access to a system. The types of password attacks are as follows:

​Eavesdropping on network password exchanges. Passive online attacks
include sniffing, man-in-the-middle, and replay attacks. Moreover, a passive online attack is also known as sniffing the password on a wired or wireless network. A passive attack is not detectable to the end user. The password is captured during the authentication process and can then be compared against a dictionary file or word list. User account passwords are commonly hashed or encrypted when sent on the network to prevent unauthorized access and use. If the password is protected by encryption or hashing, special tools in the hacker's toolkit can be used to break the algorithm.

Another passive online attack is known as man-in-the-middle (MITM). In a MITM attack, the hacker intercepts the authentication request and forwards it to the server. By inserting a sniffer between the client and the server, the hacker is able to sniff both connections and capture passwords in the process.

Assuming that the NetBIOS TCP 139 port is open, the most effective method of breaking into a Windows NT or Windows 2000 system is password guessing. This is done by attempting to connect to an enumerated share ( IPC$ or C$ ) and trying a username and password combination. The most commonly used Administrator account and password combinations are words like Admin, Administrator, Sysadmin, or Password, or a null password.
A hacker may first try to connect to a default Admin$ , C$ , or C:\Windows share. To connect to the hidden C: drive share, for example, type the following command in the Run field (Start ➪ Run):

Automated programs can quickly generate dictionary files, word lists, or every possible combination of letters, numbers, and special characters and then attempt to log on using those credentials. Most systems prevent this type of attack by setting a maximum number of login attempts on a system before the account is locked.

In the following sections, we'll discuss how hackers can perform automated password guessing more closely, as well as countermeasures to such attacks.

To speed up the guessing of a password, hackers use automated tools. An easy process for automating password guessing is to use the Windows shell commands based on the standard NET USE syntax. To create a simple automated password-guessing script, perform the following steps:

Offline attacks are performed from a location other than the actual computer where the passwords reside or were used. Offline attacks usually require physical access to the computer and copying the password file from the system onto removable media. The hacker then takes the file to another computer to perform the cracking. Several types of offline password attacks exist.


A dictionary attack is the simplest and quickest type of attack. It's used to identify a password that is an actual word, which can be found in a dictionary. Most commonly, the attack uses a dictionary file of possible words, which is hashed using the same algorithm used by the authentication process. Then, the hashed dictionary words are compared with hashed passwords as the user logs on, or with passwords stored in a file on the server. The dictionary attack works only if the password is an actual dictionary word; therefore, this type of attack has some limitations. It can't be used against strong passwords containing numbers or other symbols.

The most time-consuming type of attack is a brute-force attack, which tries every possible combination of uppercase and lowercase letters, numbers, and symbols. A brute-force attack is the slowest of the three types of attacks because of the many possible combinations of characters in the password. However, brute force is effective; given enough time and processing power, all passwords can eventually be identified.More information