And here's a final (for now) quick entry to clear up another "game" that made its way onto MobyGames recently. We already had a discussion, relative to The Devil's Dungeon (1978) as to whether a book of type-it-yourself code constitutes a "game." Having not reached a satisfactory conclusion, even in my own mind, I decided I might as well play this one.
Dungeon of Danger is a lot simpler than even The Devil's Dungeon, and to be honest I think I could argue that this lacks enough elements to be considered an RPG. The problem is that to investigate a game this simple is the same thing as playing it, so I figured I might as well toss up an entry. Putting a "rejection" in the status column isn't satisfying to anyone.
You start the game. You enter a difficulty level. You enter your name. You get dumped into a two-level dungeon with 64 rooms per level arranged in an 8 x 8 grid. Your goal is to collect as much gold as possible and get out. You do that by finding your way to one of the stairway squares on Level 1. The rooms are randomized between north-south passages, east-west passages, caverns, and chambers. Any one of them might contain one of a couple dozen monster types and a couple hundred pieces of gold. You can fight or flee them.
When combat comes, you and your enemy exchange blows until one of you is dead. The rolls are all randomized (roughly 1d8). You start with more hit points than any enemy in the dungeon and you can replenish them with healing potions and encounters with a friendly wizard, so you have the edge. You need to find enchanted keys to climb levels and a map on each level to actually see the 8 x 8 grid, which reminds me a bit of The Wizard's Castle from the same year.
There are some special encounters in the dungeon:
All of these events are delivered with maddening pauses between short bursts of text, as if the entire game were narrated by William Shatner.
If you make it to the exit, the game gives you a score based on your gold, how many enemies you killed, and how long it took you. It took me less than an hour to get the highest level (Dungeon Master) on "expert" difficulty.
The Dungeon of Danger appeared as 12 pages of code in a book series called Mostly BASIC by Michigan hobbyist Howard Berenbon. It specifically appeared in the "Book 2" volume for each platform. The earliest seems to be for the Atari 800 in 1980; editions for the Apple II, TRS-80, Commodore PET, and Commodore 64 followed over the next four years.
There's no character development, combat is based on random rolls and not any intrinsic attributes, and there's no inventory, meaning that the game fails all my criteria for an RPG. (Frankly, it fails MobyGames's definitions, too, but it's easier to write an entry than to get them to change incorrect information.) It thus earns only a 5 on my GIMLET.

That catches us up to where we were before someone with too much time on his hands decided that The Devil's Dungeon, Knight's Quest, and The Dungeon of Danger needed to be preserved in our memory. Back to Ragnarok and the final entry on Blade of Destiny.

Note: An earlier version of this entry, accidentally published before I was ready, was a lot angrier. I was trying to make a joke by which my entries got progressively more ranting and incoherent over the last three games, culminating in my basically frothing at the mouth on this one. I had scheduled all three games a few days in advance. I later decided that people wouldn't get the meta-joke, which was only a little funny in the first place, and removed the setups from the first two entries but neglected to edit the third before it automatically published yesterday. I quickly took it offline to edit out the more irate language. Sorry if you got the premature edition; it would have been confusing.
Publicado por Roger D`Mendoza en 18:25 No hay comentarios: 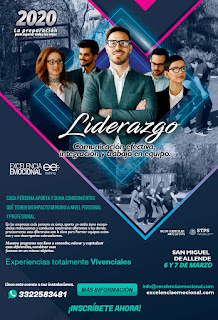